Our DM, Balthazar, went balls out this session. And was it ever worth it. 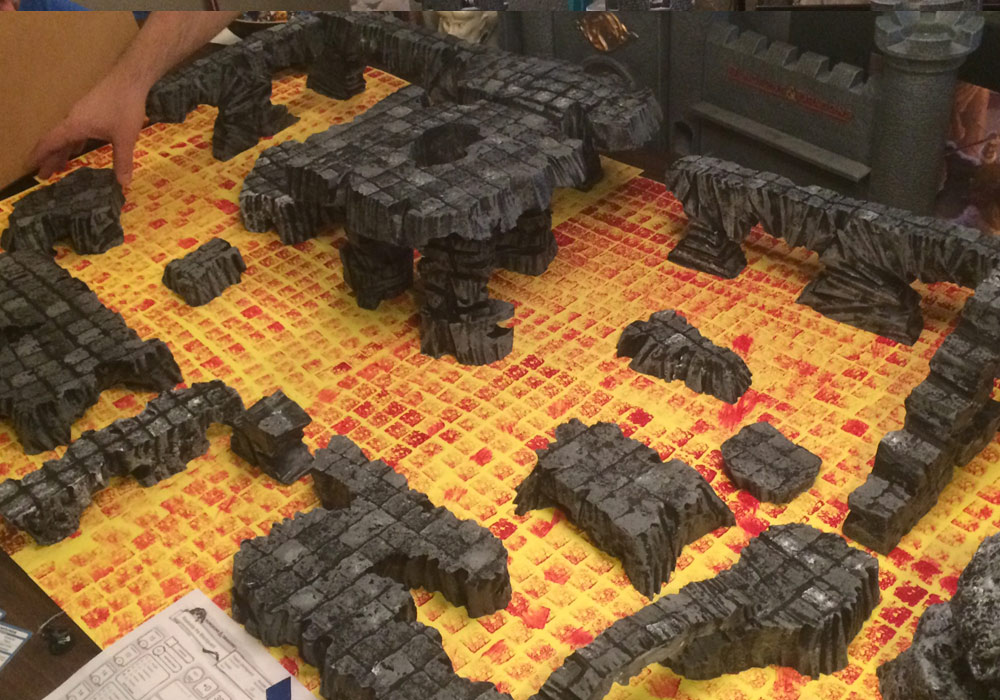 This adventure included a trek to Mount Hotenow, escorting12  virgins for a religious ceremony for the goddess of the harvest, Chantae. Low and behold, the religious ceremony was not what we were originally told. In reality, the ceremony was for an evil fire god, whose followers were sacrificing the virgins to summon the ill-tempered fire god. 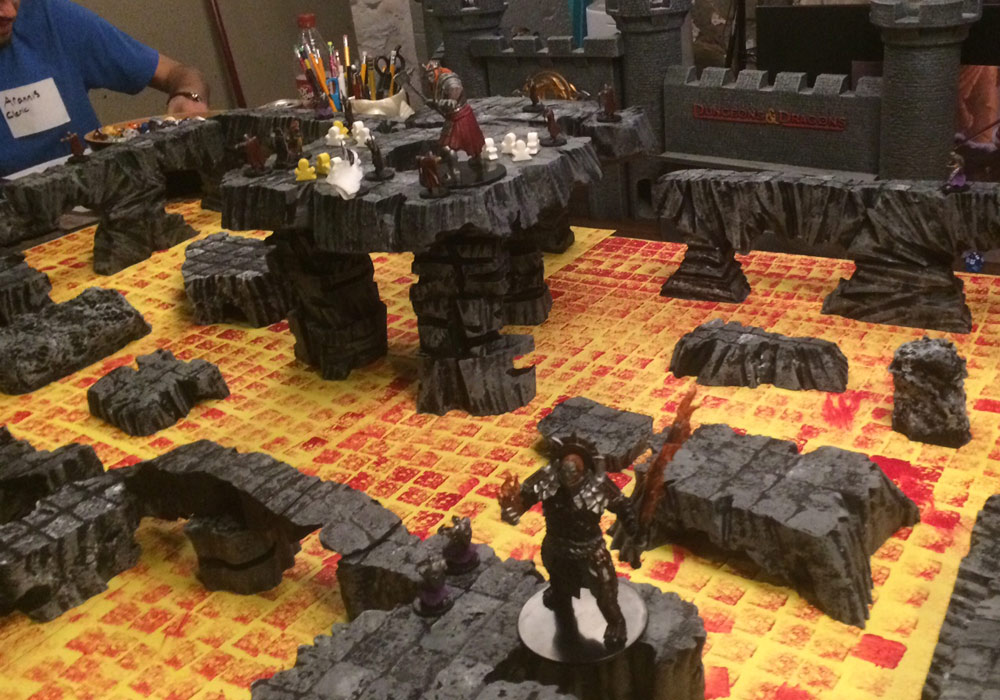 There were two routes to the makeshift altar that hung precariously over the bubbling lava but there was an unforeseen caveat. Each time a virgin was tossed into the volcano by the evil cult, the lava would rise and a dice was rolled to reveal which piece of the board would be taken away (swallowed by the boiling lava). 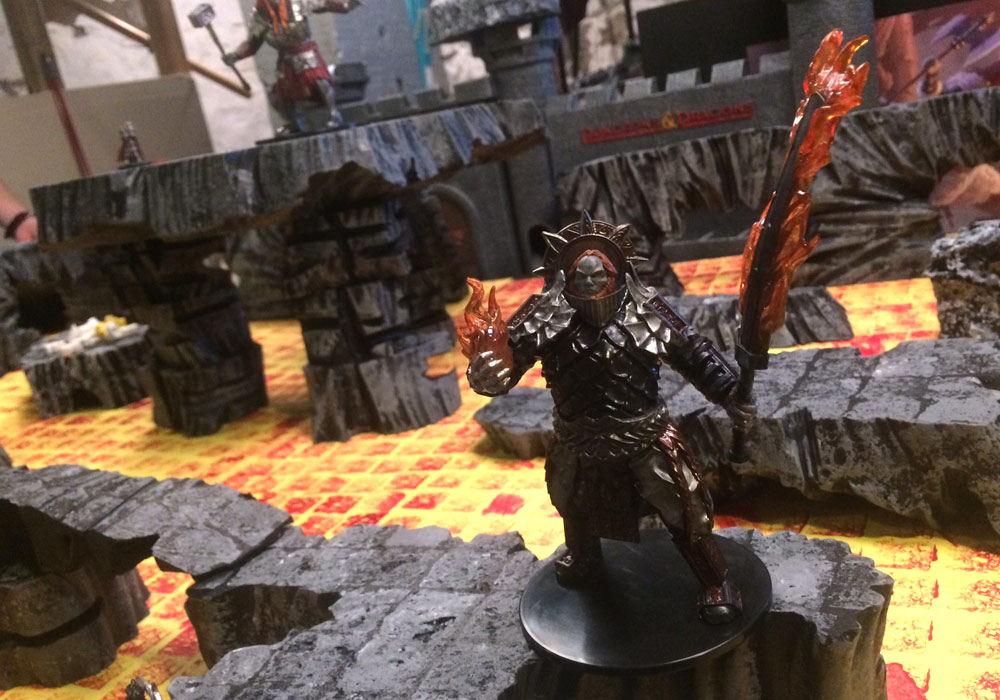 This was a very fun game and the map setting was amazing.

We eventually fought our way to the central platform, taking out 3 fire giants and multiple cultist the process. 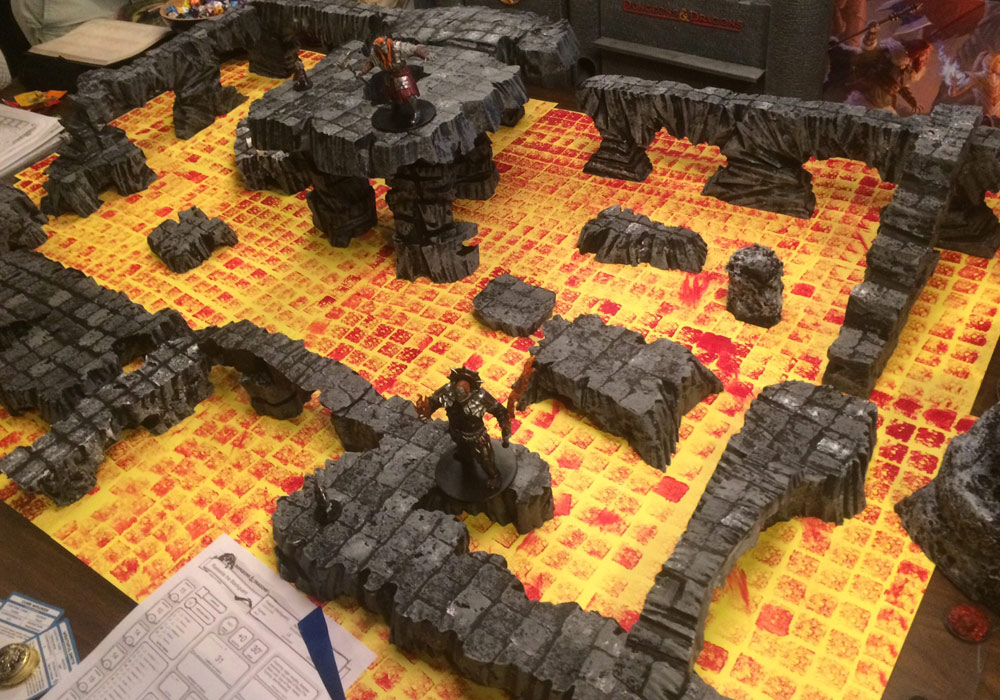 In the end, we saved over half of the virgins. What a fun game!