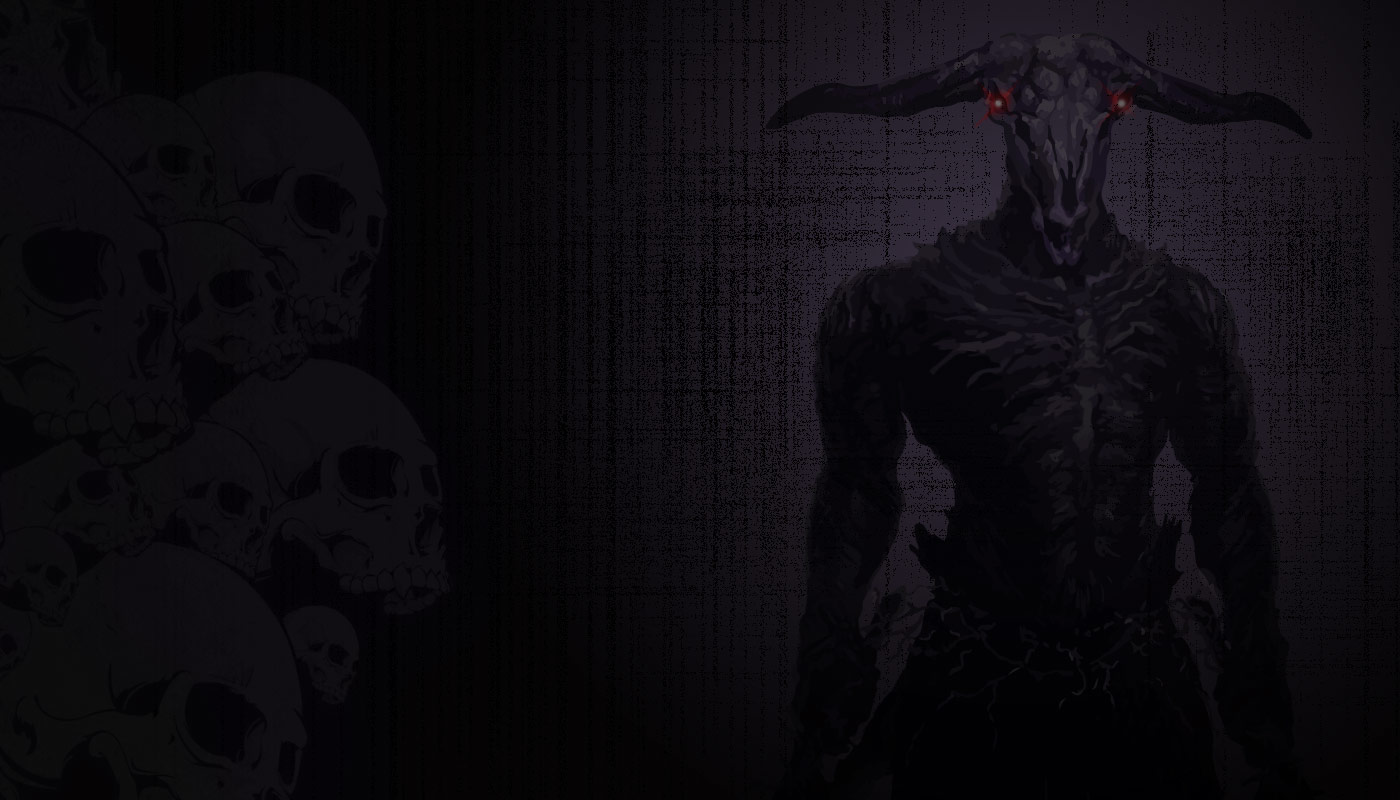 Our adventure starts in the Bawdy Boar, a rough and tumble tavern filled with a motley assortment of patrons including Helg Firebeard– it’s purveyor.  The Bawdy Boar is known for it’s Shield Wall, a wall within the tavern that serves as a message board filled with potential work for would-be adventurers and cryptic messages between said adventurers.

And here is where our adventure begins…

“Special Delivery for a Mr. Nurgel”

We chose a mission from half-elfish magic user Glora Glittermantle of the Handfire Guild, a small (but growing) guild of wizards.  The mission was to retrieve 6 potions from a necromancer, Nurgel the Cantankerous– resident and owner of the Tower of Skulls located in the Tower District of Northern Neverwinter (scary right?).  Our new employer provided us with a general mission description, a guild IOU (for the potions to be retrieved from Nurgel), and a Runestone that would protect our company from some of Nurgel’s nasty undead traps.

The Party makes it’s way out of the safety of Protector’s Enclave, north into the tower district.  Nearing our Destination of The Tower of Skulls, an eerie mist starts to form around our brave adventurers.  The mist was reluctant to enter our immediate space- due to the Runestone.  The mist was soon followed by moans, grunts, and the sound of battle.  Moments later, with the tower in site, a shape makes it’s way through the mist and reveals a hungry zombie.  Unable to penetrate the protective barrier of the Runestone, Hemlocke (wrongly) thought it fit to place a arrow into the zombie.  This hasty action was soon followed by a minor scuffle, a decapitated zombie, and an urgent movement through the Tower of Skulls’ gates.

A knock on the tower door was met by silence.  More fighting and Orcish calls could be heard behind our group of adventurers.  A second knock revealed that the door was open, with the party seizing it’s opportunity to enter the tower.  Upon entering the tower, the party was met with a mess of orc bodies- befitting the tower’s macabre decor.  The party then encountered one of Nurgel’s apprentices- Mira Firehair, who directed the party to the dungeon.  Delving into the dungeon, the party met another apprentice who was arguing with a group of orcs (who kept calm enough to avoid their deaths by our adventurer’s hands).  Her name was Sabine, and she attempted to sway our party into killing her master due to his insane state of mind.  Apparently in Neverwinter, a magic user will take a teacher regardless of his craft, morality, and scruples.

Into the depths of The Tower of Skulls

Entering into the dungeon proper, our party was soon met with a series of seven levers and an equal number of locked Arch doorways located on the sides of the hallway.  Above each lever sat a cryptic rune or icon.  An equally cryptic hint was written on the wall opposite to the levers.  After some debate, our party decided to pull a lever with a rune that resemble a horned head.  A doorway creaked and popped revealing a giant shape with a bull’s horned head and an equally impressive great axe.  As the minotaur lumbered forward, the party soon saw it was undead.  That’s right- A MOTHER FUCKING ROTTING MINOTAUR!  Thinking ourselves protected from Nurgel’s traps with the trusty Runestone in hand, our party stood it’s ground.  The rotting minotaur had other ideas.  Melee ensues and the results were grave…  for the minotaur. The adventurers, feeling wary yet more confident, decided to pull another lever with a trident label.  The party stood ready to pounce on whatever creature would dare come through the open gateway.  To their surprise, the room was empty with the exception of holes on the opposite wall.  Arrow trap!  The lever was quickly pulled to close the door before any damage was done to our heroes.  The party decided to inspect the levers and message in more detail.  Hildegarde took notice to a portion of the riddle, “but proceed forward”, and began to walk backwards.  The exit door soon opened due to our hero dwarf’s keen perception.

The party was again met with another long hallway.  This was dubbed “The Suana” by one adventurer due to it’s watery surroundings.  A pathway was flanked by murky water with occasional air bubbles disturbing it’s stagnant surface.  Bitsy, our pimp’s dog (or should it be “dawg”) took exception and went after the bubbles but the dog was soon reigned in.  The party quickly escaped this hallway into the next portion of this undead gauntlet.  This hallway was lined with dungeon cells and from one cell- the sound of a whimpering man calling himself Jerrot of Helm.  He pleaded to be freed of his dungeon cell.  The party found it right to test this man by flicking some drops of holy water on him.  Surprise, surprise, JerROT proved to be another undead monstrosity and another trap set by the necromancer.  Leaving him in his cell our brave adventurers again pressed forward.

The next room had six sarcophagi.  A sound from one revealed a zombie in a vicious bondage of heavy chains who produced a gold key upon death.   The adventurers unlocked the door into the next chamber only to be met by a very large room with a giant vault door.  The vault door was adorned with a huge skull relief and the party noticed another female apprentice studying the grim portal to the vault.  She revealed herself to be Elfwin, another heretical apprentice of Nurgel’s.  She again told the party of her necromantic master’s insane approach to magic.  Within this room there were three large urns on one side, a 60 foot deep empty well on the opposite side, and the vault door- with “sacrifice” etched into it’s mouth.  Elfwin informed the party- in order to open the vault door, you must sacrifice magic unto the skull’s mouth on the door.  With her duty done- Elfwin exits.

The party then heard intelligible pleas for help from the depths of the empty well.  A person in the well claimed to be Nurgel himself and pleaded for freedom from this deep grave.  The party also heard a noise from the urns which were opened to reveal a flaming skull in each.  One skull told all lies, one told only truth, and the third revealed uncertainty.  After a short deduction of which skull is which, the party asked if it should believe the man trapped in the well.  Long story short- Timmie stayed in the well, sorry Lassie. 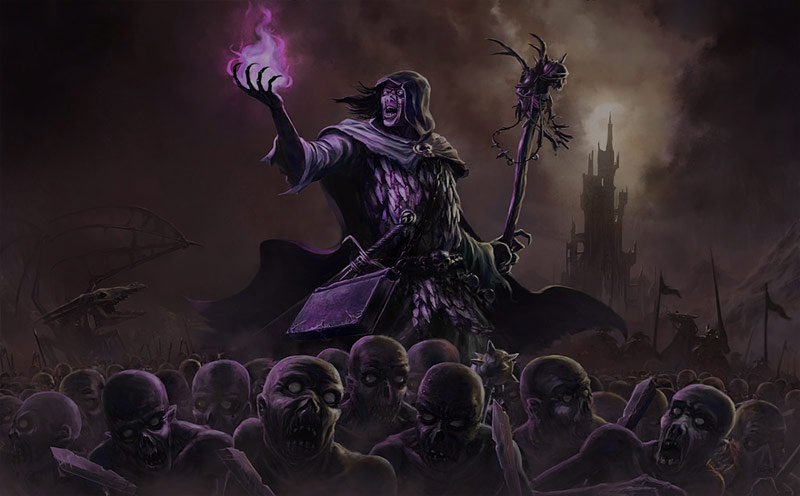 Silas then opened the vault door by sacrificing a healing potion into the skull on the vault door.  The door opened revealing Nurgel and a cache of books and magical items.  The party also noticed a cell door with the true Jerrot of Helm, who Nurgel affectionately called “parts”.  Revealing themselves as messengers on behalf of the Flamehand Guild, the exchange of IOU and potions was quickly made (with Jerrot begging the party for mercy and liberation all the while).  Nurgle provided the party with a quick escape route by revealing a secret passage out of the tower. “The parts are always talking” stated Nurgel, slapping at the imprisoned Paladin of Helm.  Silas took exception and demanded Jerrot’s release- only to be met with maniacal and patronizing laughter.

But Silas had the drop.  And that instant was all he needed.

Silas slashed Nurgel and a very tightly spaced battle developed.  Chowder, seeing his opportunity, fled through the secret passage with goods secured in his grasp. Nurgel summoned six skeletons with his dark abilities while Marcus swiped a blade that shone with the reflection of a night sky. Nurgel and the skeleton minions went on the offensive but that was no match for the barrage of party attacks.  A rampaging assault was made by our adventurers and a bloodied Nurgel pleaded for a truce.  Fighting halted as quickly as it started with agitated and opposing sides ready to resume the fight or to negotiate a parley. A truce was reached.  Discussing it’s terms, the party was able to procure magical items from Nurgel’s hoard (some by terms of treaty and another magic ring by nimble fingers).

The party escaped the Tower of Skulls, made it’s way back to the Bawdy Boar, and retrieved it’s reward from Handfire guild member- Glora Glittermark.