Why You Should Be Running a “Cloud” Game… (Part 1)

Why You Should Be Running a “Cloud” Game… (Part 1)

So, way back in the misty dawn of time (the 1970s), people gamed a lot differently than today.  D&D was a brand-new phenomenon, and the notion of a “regular” or “weekly” group, while certainly not unheard of, wasn’t the default.  Instead, there was a “cloud” – or really a “crowd” – of players and GMs, all crashing together and breaking apart in a maelstrom of players, GMs, campaigns, and campaign worlds.

The Greyhawk Grognard has an excellent discussion of the entire phenomenon here, and this type of game style was popularized by Ars Ludi in his delightful West Marches game and posts.  ConstantCon is another modern incarnation of this style. 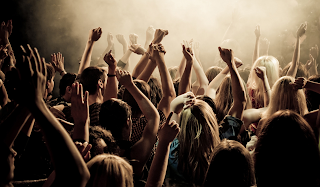 At its core, a “cloud” game is just like your regular, Thursday night game, with a few key differences:

1.  There Is No Party.  Instead, you have a rotating cast of players and characters, which changes from game to game, week to week.  There is no requirement – or expectation – that a particular player or group will show up for any particular game.  One week, Bob, John, and Sharon might show up for a game.  The next week, Stacy, Mike, Joe, and Crystal.  The players are whoever shows up on a particular night.  In my own cloud games, I’ve had upwards of 25+ players, all rotating in and out.

2.  Episodic by Design.  Because you have no set “cast” of players or PCs, each game must be, in some sense, self-contained.  You can’t just quit in the middle of a dungeon and expect the same players to show up the following week.  This can be somewhat daunting to accomplish, but I’ll give you a few tips below on how you can pretty consistently steer your herd of players into doing this for you.

3.  One World, but Many Stories.  Maybe not required, but definitely preferred.  All of the players’ characters are existing in the same world.  So, when Jorgun the Fat (Barbarian-1) burns down the Temple of Blaargh on Friday night, the group that shows up next week will hear about that, and the world will be changed.  This creates some great roleplaying opportunities.  Unlike a regular group (where everyone at the table is pretty much operating from identical knowledge about what is going on in the campaign) PCs in a “cloud” game have different experiences, and things to talk about.  Jorgun and his buddy Marsh might have adventured together back in April, and not play together again on the same night until July.  In the interim, they have had different adventures, explored different dungeons, and learned different things about the campaign world.  They really do have different stories, and different accomplishments to brag (or lie) about.

Next up, in Part 2, I’ll walk through how to set up a cloud game, and some pitfalls I’ve (slowly) learned to avoid in running my own cloud games.