Why You Should Be Running a “Cloud” Game… (Part 2)

So, practically speaking, how do you get your “cloud” game off the ground? 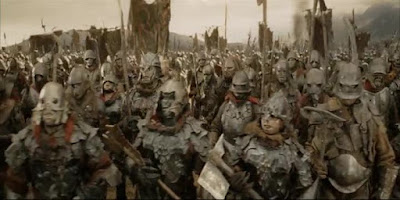 “This is sweet!  We haven’t all hung out together since college!”

So, here’s some basic, nuts-and-bolts stuff you need to get your cloud game off the ground:
(1) A big list of potential players, more the better.  My current roster is about 25.  Obviously, they should  have an interest in RPGs.  But, unlike your “regular Thursday night” crew, they don’t have to be “hardcore” folks.  The old friend with 5 kids who loves to game, but can’t find a regular group because he is a nightmare to schedule.  The newbie from work who is interested, but reluctant to commit to playing once a week for the next 12 to 14 months of the campaign.  The “nerd-friendly” or “nerd-curious” boyfriends and girlfriends of your regular players.  Your double from Shelbyville, who also runs games across town.  Anyone with an interest in RPGs is a candidate, but especially those who aren’t in a regular group because their availability is limited.
(2) Some way of mass communication, like a big old email list.  This is important not just for scheduling, but for post-game action reports (written by players) to keep player interest high.
(3) And, of course, a place to play.

A Couple Thoughts on Pitching Your Cloud Game

In pitching your game to potential players, the most important point to stress is that this is a zero commitment proposition.  Players can come and go as they please, and are not expected (and likely not able) to play every game.  In my experience, this is a huge draw for casual gamers, as well as gamers with “grown-up” lives and responsibilities.

Also, don’t neglect the “social mixer” aspect of a cloud game.  Gamers tend to know lots of other gamers, but regularly play with only a few (i.e., their regular group).  A cloud game is an opportunity to play casually, with new and interesting people.

Finally, consider including an element of competition in your cloud game pitch.  Ars Ludi has an excellent discussion (here) about how a “gold rush” atmosphere can increase player interest.  After all, if another group of players gets to the Demon Lich’s Tomb first, then they get the fabulous treasure within, not you. 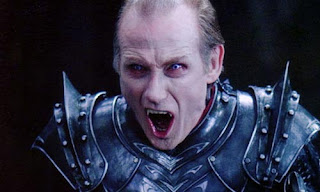 So, What Do I Run?  Picking a Game System

When picking a game system, keep the following in mind:
Definitely Pick a System that is Simple and Easy to Learn (or Universally Known) – Keep in mind that, while some players will be showing up often, others might go a few months between games.  The later will have no patience and no desire to learn a new, complicated game system (and, even if they manage to learn it, will likely forget it by the time they show up again).  So the RPG you pick must either be universally known, even to the most casual gamer (e.g., like D&D 3.5 back in its heyday), or simple enough for anyone to pick up at the table with minimal effort.
Character Creation Must Be Easy, and Take 10 Minutes or Less – Likewise, making a character must be easy, and I mean EASY.  Ideally, the system you are using will allow players to whip out a character in less than 10 minutes.
Consider Picking a System that is Just a Little Bit Different – At the same time, some of the appeal of a cloud game is the opportunity to play something different than everyone’s “normal” game.  If all your potential players are already playing Pathfinder, the market for a cloud game using that system might already be tapped out.
Watch Out for “Controversial” Games – For better or worse, certain games tend to elicit stark, absolute, sometimes overblown reactions (maybe abject love, maybe bile-filled hate) from gamers.  For example, in my own circle of gamers, there is simply no middle ground on “aspect” games (FATE, and its derivatives such as Dresden Files), or other “new school” games that grant the players some degree of narrative control.  Some folks love these kinds of games, and think they are the best thing since sliced bread.  Others barely consider these “games” at all.  Of course, on an issue of pure taste, there is no right or wrong.  But in a cloud game, you are trying to cast the widest net possible for players, and you need a lot more than is necessary for a regular “party” game.  So, if you know that a particular game or type of game is going to turn off a large number of potential players, consider picking something closer to the middle of the road.
A Few Game Systems that Have Worked for Me – Here are a few games I’ve enjoyed some good success with in my own cloud games..
Marvel FASERIP – One of my favorites for a cloud game.  Simple, quick rules.  Random character generation.  A basic premise (superheroes) that is perfectly suited for episodic play.  And best of all, the old books are available in PDF free online (at www.classicmarvelforever.com). 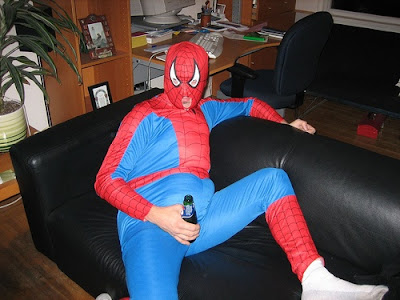 Dungeon Crawl Classics – Another fun one, combining the familiarity of D&D 3.5 with stripped down mechanics and quick, random character generation.

D&D 5e – What I’m using for my current game.  Easy, simple mechanics that are pretty much intuitive for anyone who has played D&D over the last 30 years.

Next up, designing a “campaign” for a cloud game, and some awful, disastrous, hair-pulling mistakes I have made when running such games.