Why You Should Be Running a “Cloud” Game… (Part 4)

Why You Should Be Running a Cloud Game (Part 4)

Missed the earlier three parts of this series?  Wondering what all this stuff about a “cloud” role-playing campaign is?  Start here instead.

For my second attempt at running a “cloud” campaign, I tried to address the two problems that I encountered Skull Mountain (discussed here).  I wanted a game that required considerably less preparation on my part, because I was burning out fast.  And the game needed to support a broader selection of player styles – not just dungeon crawls.
My Second “Cloud” Campaign: The Liberty League

The Justice…er…Liberty League!
The concept was pretty straightforward.  A by-the-book, typical superhero world. The eponymous “Liberty League” was basically just a re-skinned version of the Justice League:  “Captain Victory” instead of Superman, “Power Princess” instead of Wonder Woman, “Mister Martian” instead of Martian Manhunter, et cetera.  But the League had vanished during a mission in outer space.  That’s where the PCs came in.  They were the “second stringers,” the “has-beens,” and the “small-town heroes” that were chosen to step up and fill the shoes of the world’s preeminent superhero team.

In most respects, it ran just like a regular superhero game.  All of the PCs were on the same team, the newly reconstituted Liberty League.  Each session, some villain would threaten the city or the world, and the League would  mobilize and resolve the situation (or at least try to).  I had a total of about 15 regular players, all taking turns playing in groups of 4 to 8.

The Liberty League:  What Worked?
A Simple & Easy Game System – Initially, for about 2 games, we used Green Ronin’s very excellent Mutants & Masterminds for the Liberty League campaign.  And let me say at the outset, I really enjoy the M&M system.  It has an excellent superhero “feel,” really detailed and nuanced character generation rules, and wonderful supplements and support that are great for looting ideas.  But despite all this, and almost immediately, it became clear that M&M was a bad fit for running a “cloud” campaign.

Building an M&M character is slow and complex.  So complex that, at least for me, it pretty much required using Hero Lab or similar character generation software.  Even then, it tended to take an hour or more to create a single, relatively standard character.  Worse, few of the players had ever played M&M which, while still rooted in the D20 explosion, is definitely its own beast with a lot of tricky nuances.  Finally, there was combat.  In a normal campaign, detailed, drawn-out combats aren’t necessarily a bad thing.  But in a “cloud” game, where your typical player is maybe showing up only once every 2 or 3 sessions, you need to cram each session with as much action and excitement as possible.  You definitely cannot afford to spend lots of time on character generation, unimportant fights, or looking up rules.  If you want the “cloud” to succeed, and players to keep showing up, you have to deliver the fun every time.

So, we needed to make a change.  After a quick survey of my players, I went with what I still believe to be the greatest superhero RPG ever created:  TSR’s Marvel Super Heroes Roleplaying Game, often referred to as the FASERIP game, first published in 1984.

Why FASERIP?   Oh, let me count the ways…

A Familiar World, Rich in Adventure – The default assumption for Liberty League was that anyone and anything that existed in either Marvel or DC comics existed in the game – just with a slightly different name (an expy, in comic-book lingo).  So, when agents show up from the American Elite Governmental Intervention Service, or A.E.G.I.S., my players didn’t need a long or detailed explanation for who these guys were.  I could just say, “They’re basically S.H.I.E.L.D.,” and everyone at the table immediately got it, and we could get right back to playing.  Or, when the PCs confront the power-armored, magic-using, sovereign ruler of Morovia – Menander Osterlich IV, known to the world as the super villain “Master Menace” – they immediately deduced that this guy was essentially Doctor Doom and acted appropriately.  Whenever a player needed help coming up with a character concept, I would simply ask “Who is your favorite superhero?”  Change the name and a few details, and there you go.  You really like Iron Man?  Great.  You’re Brent Baxter, owner of Baxter Industries, and designer of the Ultra-Weapon power-armor.  Why spend days or weeks designing a world, when you can just borrow everything, mash it all together, and start playing?

A Natural Fit for Episodic Play – The superhero genre, by its very nature, is a good fit for episodic play.  The default assumption is that the PCs are busy with their normal lives and maybe the occasional patrol, and only leap into action once the villains’ dastardly plot has been revealed.  In the Liberty League campaign, I made it even easier for the PCs to quickly jump into the action by borrowing a page from the Justice League, and giving them their own satellite base complete with teleporter.

Gathering the group is easy when they have one of these…
Very Light Prep – Prepping a Liberty League session was easy.  I could basically just borrow a plot from the comics, re-skin some super villains, and either whip up some stats or print out a few pages of baddies from www.classicmarvelforever.com.  Sometimes, I would make some custom paper miniatures, like those shown here.  The only other prep work I would regularly do is write up a short “script” for the players to read aloud at the start of the game, usually in the form of a TV news report.  This helped set the mood, provided a bit of foreshadowing, and allowed me to showcase the effects of the PCs’ actions upon the world.  I love these things, so here’s an example, from right after the PCs failed to stop a bunch of super villains from breaking out of prison, and one PC signed a lucrative endorsement deal with a fast-food restaurant:
The Liberty League – Game Five

News Anchor #2: “Thanks, Chet.  A massive manhunt continued today following last month’s astonishing breakout from the federal Superhuman Lockup for Advanced Metahumans, or ‘SLAM’, in Brooklyn, New York—known to super-criminals across the country simply as ‘the Block.’ Raids in thirteen states and five foreign countries have so far turned up no trace of the 162 escaped inmates, whose ranks include such notorious criminals as Sinister Simean, Professor Null, Blackstar, and Behemoth, who wrecked five square blocks of Empire City just a few months ago. Senator Gregory McGill announced today that the Senate Armed Services committee plans on holding hearings regarding the breakout, the allegations of inadequate security measures at the prison, and the decision by federal Bureau of Prison officials to employ poorly understood ‘Builder’ alien technology in the prison’s construction….”

Announcer: “…tonight on Entertainment Weekly, our own Samantha Reece interviews Wildebeast, the scandal-rocked teen superhero and founding member of Team Tomorrow, on the explosive new allegations in Argent Arrow’s upcoming book. Sex parties, rampant drug use at the team’s island fortress, and even claims of interspecies….”

Commercial: “You know me. I’m Rock ‘the Brick’ Bunker.” (punches generic bad guys). “After a hard day of fighting bad guys, I work up a monstrous appetite. That’s why I love the amazing $4.99 lunch deals at Sub-Wich. For just five bucks, I can get an incredible foot-long bacon and guacamole Sub-Wich sub, and chips and a drink for a buck extra. A remarkable deal like that deserves….”

News Anchor #3: “…six confirmed dead at Kane Cemetery, part of the ongoing gang war that has rocked Hudson City for the past two weeks. At 10:05 this morning, members of the Kongpin gang opened fire at the funeral of suspected mobster Johnny “Two Guns” Franco, believed to be a lieutenant in the Driogano crime family and second-in-command to Alphonse “Big Al” Driogano. This follows on similar attacks over the past three days by costumed criminals Baron Ether, Blue Condor, and Killer Grizzly—apparently at the behest of suspected crime boss Oswald “the Walrus” Ormsbee. Sources within the Hudson PD believe that what started as a minor squabble over territory in the Heights following Driogano’s indictment on federal money laundering and racketeering charges, has now devolved into an all-out three-way gang war, with Kongpin and the Walrus both battling what is left of the Driogano organization….

The Liberty League:  What Didn’t Work?
While very popular with my crew, Liberty League (like my prior effort, the Skull Mountain “cloud” campaign) suffered from a couple problems.

The biggest problem was one that is common in the superhero genre:  characters tend not to change very much over time, and there is no real equivalent to the almost Pavlovian system of XPs and character-level-advancement that D&D does so well.  Without this steady stream of rewards, excitement can wane a bit as even beloved PCs eventually start to feel static.

Also, like dungeon crawling, the superhero genre is a bit of a niche.  In a regular weekly game, you can expect players to keep showing up, even if the current campaign is not exactly their cup of tea, because they know that eventually the group will move on to a game that is more to their liking.  But in a “cloud” game, where players are free to come and go whenever they please, and make no commitment to a regular schedule, keeping player interest at a white-hot intensity is a must.  So, when a few players began (gently) pushing me to get back into a more traditional D&D-style fantasy game, I started drawing the Liberty League to a close and began planning my next “cloud” campaign…

…but I’ll talk about that campaign, dubbed Neverwinter Nights, in my next post. 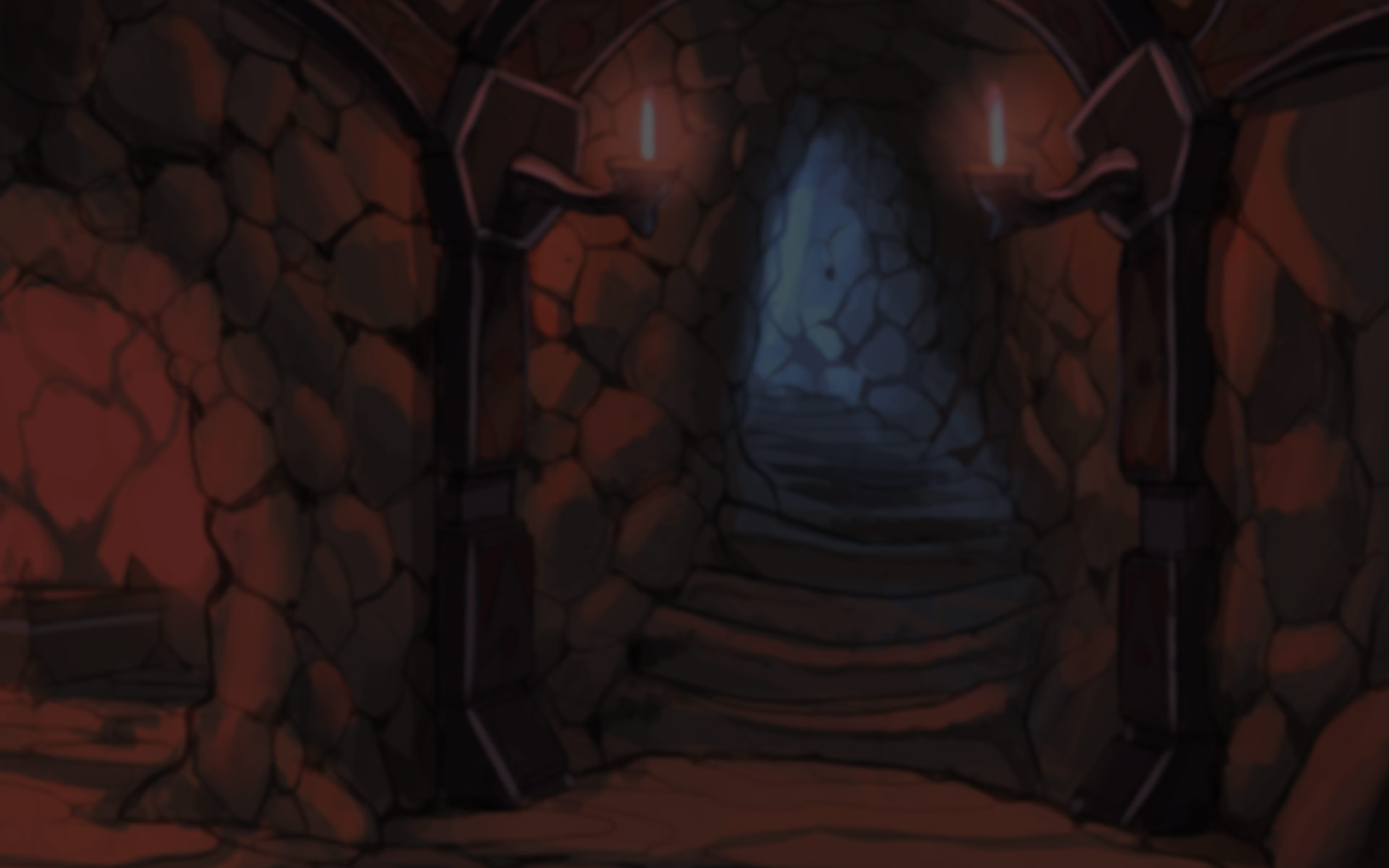 Of Dice an Men

Of Dice an Men